What are France’s ambitions for the EU’s trade policy?

Throughout the French Presidency of the Council of the European Union (PFUE), Euros/Agency's European Public Affairs (EUPA) team deciphers for you the highlights of this institutional exercise.
#EUPA

The health crisis has highlighted Europe’s strategic dependence on key sectors such as medicines and semiconductors, the materials that enable electrical conductivity in most everyday technologies. The invasion of Ukraine has also forced the EU to face the reality of its energy dependence on Russia. These two structural events have only accelerated a trend that had already begun following the mandate of Donald Trump and the identification of China as a systemic rival: the emergence of an assertive European trade policy that no longer responds solely to the liberal European tradition. In this new article aimed at analysing the French presidency, Euros / Agency Group focuses on how the French presidency of the Council of the European Union can leave its trace – lasting or otherwise – on European trade policy.

As trade policy is an exclusive competence of the European Union (EU), it is for the EU to decide on the trade policy of its 27 Member States and to negotiate trade agreements on their behalf. With the single market as the crown jewel of the Union, historically EU trade policy has been characterised by the free movement of goods and services and the signing of trade agreements with third countries.

The emergence of the concept of strategic autonomy, as a consequence of both the pandemic and emerging potentially dangerous interdependencies, suggests an evolution of European trade policy. Included in the latest review of European trade policy, strategic autonomy can be defined as the enhancement of the assets of the European productive apparatus in order to be able to defend its interests and reduce its dependencies. Although it has sometimes been associated with protectionism, strategic autonomy rather represents the EU’s awareness that the system of international relations is no longer defined solely by multilateralism based on rules established by the WTO, but also by power relations that can be exploited to its advantage.

Since the beginning of his term in office, French President Emmanuel Macron has emerged as the strongest advocate of European strategic autonomy. Holder of the EU Council Presidency until the end of June, France has the opportunity to put forward its vision of trade policy based on strategic autonomy. While the priorities set out in the French Presidency’s programme attest to this desire, these attempts to influence European trade policy seem limited.

Dissensus on the ‘Europe that protects

Since his speech at the Sorbonne in September 2017, President Emmanuel Macron has been defending the concept of a ‘Europe that protects’. This is an idea that France seeks to bring to the fore in its Presidency of the Council of the European Union in order to make progress on two instruments: the Regulation on the international procurement instrument and the Regulation on the protection of the Union and its Member States from economic coercion by third countries.

The second instrument should enable the European Commission to apply restrictions on trade or investment with any third country that unduly interferes with the strategic choices of the EU or its Member States. However, this strategy is not unanimous as the European free-traders (e.g. Scandinavian countries) see these instruments as a slippery slope towards a more protectionist EU trade policy.

In addition to securing its strategic interests, France aims to make progress on issues that will enable the EU to project its environmental ambitions through international trade.

The introduction of ‘mirror clauses’ in European trade agreements, the instrument to combat imported deforestation and the carbon border adjustment mechanism are therefore priorities for the French Presidency. The idea is to require European trading partners to respect the EU’s own production standards and not to be allowed to apply less stringent environmental rules for the sake of competitiveness. In this regard, France seeks to reaffirm compliance with the Paris Agreement as an essential element of the agreements. This is one of the reasons why the EU has yet to ratify the trade agreement with the four South-American countries forming Mercosur.

While these measures contribute to making European trade policy more sustainable, they also add new non-tariff barriers to trade, with third countries denouncing green protectionism that primarily serves the interests of French producers and farmers. This French strategic orientation also makes it possible to appease environmental groups which have been so far dissatisfied with Emmanuel Macron’s environmental record. The pressure is therefore felt and this explains, at least in part, why the president emphasised this green trade arsenal in the run-up to the presidential election.

It is now clear that France is using its presidency of the Council of the European Union to push forward proposals that will make European trade less naive and more sustainable. While this influence cannot be denied, it remains limited within the European institutional framework. Even within the body that governs European trade policy (DG TRADE in EU bubble talk), where several French personalities have significant weight, dissension can be felt.

Similarly, while France holds the rotating presidency of the Council of the European Union, it does not have the capacity to set the rhythm for negotiations in the European Parliament, the second co-legislator. France also faces resistance from more free-trading member states who fear retaliation, and from the EU’s main trading partners.

The new AUKUS military alliance between Australia, the US and the U.K. in September 2021 illustrated France’s limited influence. While this alliance came at the expense of the Franco-Australian agreement on the delivery of French nuclear submarines, France attempted to cancel the EU-US Trade & Technology Council but failed in its retaliation. This was largely due to the mobilisation of European free trade advocates. Although many criticise the scope and usefulness of this forum, this illustration is a reminder that France cannot unilaterally impose its vision of trade policy to the rest of the EU.

Beyond its limited effectiveness, it remains essential to clarify that French influence on European trade policy is part of a trend that has accelerated with the US presidency of Donald Trump and the identification of China as a systemic rival. In other words, France only contributes to accelerating the mutation of European trade policy already well underway by a European Commission that aims to be “geopolitical”. 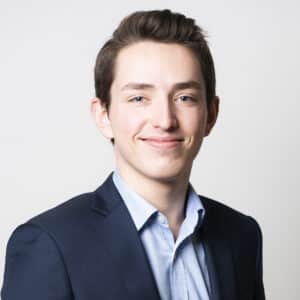 Adviser in the EUPA department