The French presidency: Making the Fit for 55 a reality

After six months marked by political and socio-economic upheaval, war in Ukraine, an energy crisis and alarming inflation, France ended its Presidency of the Council of the European Union on 30 June handing over to the Czech Republic which will assume this delicate role until 31 December 2022.

While this presidency has been one of crisis management, the priority of the first half of the year has been to advance the Council’s work on the European Commission’s legislative proposals to make the EU carbon neutral by 2050. As such, the French Presidency’s programme included the first step towards climate neutrality: the ‘Fit for 55’ package, which aims to transform and adapt European legislation on climate, energy and transport in order to reduce the bloc’s net greenhouse gas emissions by at least 55% by 2030.

Thus, France’s role was to coordinate the work of the various Member State experts in order to obtain compromises, known as a general approach – political agreements defining the Council’s negotiating mandate for the inter-institutional negotiations (trilogues) with the Parliament and the Commission – for most of the initiatives in the package. Although France had set itself ambitious objectives, the agenda was disrupted considerably and many of the deadlines set proved difficult to meet. In turn, after six months of French Presidency, what assessment can be made in terms of the implementation of the EU’s new climate objectives? What legacy will it leave to its Czech counterparts?

A marathon with a 55% target

The French presidency ended with a marathon month of June, with the final meetings of EU ministers in Luxembourg to try to agree on the Council’s position on strategic issues in the mobility, energy and climate sectors. Already no small challenge, it proved to be all the more complex as the negotiations took place under the urgency of the major geopolitical and economic crisis affecting Europe. Moreover, following tumultuous legislative elections in which the setback suffered by the presidential majority resonated all the way to Brussels, France had to maintain a strong position so that the authority of its pro-European head of state would not be undermined. In this sense, a failure in the negotiations on the climate package initiatives would have sounded like another defeat for the President, Emmanuel Macron, following his re-election.

France was therefore keen to maintain its commitments, even if it meant imposing a draconian timetable on the Member States’ negotiators and experts, multiplying the number of working hours and discussions ahead of the fateful deadlines. The most striking example is certainly the meeting of European environment ministers on 28 June, which provided for a compromise vote on no less than seven initiatives in the Fit for 55 package. However, a few hours before the meeting, many points remained to be finalised, forcing the French presidency teams to redouble their efforts to propose new options and arrangements to the Member States’ delegations. Negotiations between the Ministers then lasted for almost seventeen hours, until very early in the morning of 29 June, to finally reach a political agreement in extremis on each of the initiatives.

In the end, the French presidency and the climate package represent: hundreds of hours of negotiations, dozens of compromise proposals, twelve general guidelines out of thirteen possible, several rounds of applause, and a feeling of a job well done and a well-deserved summer holiday. Through these adoptions, France has succeeded in reaffirming its role as the driving force behind a Europe that aspires to be at the forefront of the ecological transition.

Compromises, but at what price?

Disrupted by a busy national calendar, between presidential and legislative elections – highlighting a growing trend of euroscepticism in France – and jostled by the geopolitical and economic crises affecting Europe, the french presidency nevertheless managed to stay on course with its European agenda and succeeded in its daring gamble of adopting a general orientation for almost all the initiatives in the climate package. In particular, it reached an agreement in record time – albeit a very general one – on the EU’s carbon border adjustment mechanism, the so-called carbon tax, which was high on its list of priorities. Also noteworthy are several other positions adopted on key initiatives of the French Presidency objectives, such as the ‘battery’ regulation or the ‘deforestation’ regulation. Initiatives also aimed at promoting more sustainable solutions outside the EU’s borders, among our international trading partners.

Faced with the conflict in Ukraine, France had to deal with the new objective of the European Commission’s REPowerEU plan to guarantee the EU’s energy independence. This ambition was part of France’s programme, which aimed to strengthen Europe’s sovereignty and strategic autonomy. In its preferred role as mediator, the French Presidency conducted lightning negotiations on the proposed regulation to ensure security of gas supply for the coming winters.

But while the political compromises are there, is the substance of the right quality? Some Member States have made their frustration known, issuing a number of joint declarations expressing their disagreement with specific aspects of the agreements negotiated by the French Presidency, notably on the reform of the carbon market or the revision of the directive on renewable energy. It is of course natural that cracks emerge in the unity of the EU27, particularly on ambitious dossiers striving for far reaching reforms. However, the positions taken by some European delegations suggest that there could be exceptional reversals in the inter-institutional negotiations with the European Parliament and the European Commission, where some states could reverse the general direction to push for higher or lower commitments depending on their national agenda.

Aftermath and legacy of a presidency led with determination

The remaining inter-institutional negotiations are likely to be tricky, especially as the Member States have not clearly defined their common position on certain issues, notably the energy initiatives. The French Presidency has decided not to include in its compromises the increased objectives presented in the framework of the European Commission’s REPowerEU plan, preferring to turn a blind eye to new measures that could disrupt agreements that were already difficult to reach, and leaving this perilous task to the Czech negotiators. In a few months’ time, the Czech negotiators will meet their counterparts in the European Parliament who have much higher ambitions.

One point of attention will have to be the reform of the carbon market, or EU Emissions Trading Scheme (EU ETS). Although France was opposed to its extension to the building and road transport sectors, the compromise reached nevertheless validated this extension. We could therefore witness a paradoxical scenario in which France would oppose a compromise that it had itself presided over the negotiation of.

With the emphasis on the number of compromises adopted, one may wonder whether it would not have been wiser to entrust certain dossiers to the Czech Presidency in order to obtain, in the long run, more solid and complete political agreements. In this respect, what will remain of this French Presidency and what will we remember in several years? Will it be its ability to pass an unprecedented legislative package that demonstrates Europe’s high ambitions in climate policy, or rather its lack of flexibility in its overall approaches? Ultimately, France’s ability to adapt to the demands of Member States and external crises, as well as its efforts and perseverance to stay the course on the EU’s climate objectives, will undoubtedly have been the leitmotif of this EU Council Presidency. 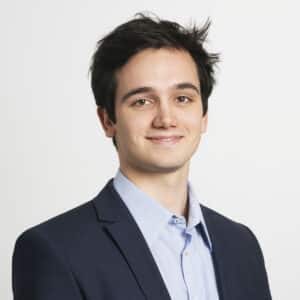