THE CONFERENCE ON THE FUTURE OF EUROPE, A MISSED OPPORTUNITY FOR PARTICIPATORY DEMOCRACY?

The Conference on the Future of Europe, launched on 9 May 2021 in Strasbourg for a period of one year, was a unique experiment in European participatory democracy, giving a voice to European citizens in order to define a common vision for building the European Union of tomorrow.

Under the impetus of French President Emmanuel Macron, who warned in 2019 of the need to continue building Europe in the face of the crises encountered, and then taken up by France and Germany, the idea of a Conference on the Future of Europe came to be in December 2020 when the President of the European Commission, Ursula von der Leyen, included it in the Commission’s political guidelines.

The closing of the Conference and the delivery of the final recommendations coincided with the French Presidency of the Council of the European Union. This was an opportunity for the newly re-elected French President, Emmanuel Macron, to reiterate his messages of participatory democracy and even to initiate a period of reflection on a potential reform of the European treaties.

Since the beginning of his first term in office, Emmanuel Macron has wanted to put in place several instruments of participatory democracy, advocating in particular the use of tools such as referendums with varying degrees of success. This political orientation was illustrated in particular by the organisation of the Grand débat national in 2019 created as a “consultative tool for ending the crisis” in the face of the Gilets Jaunes, or the Citizens’ Climate Convention aimed at defining measures to reduce our emissions.

This participatory dynamic has also been instilled by Emmanuel Macron at the European level. As early as 2018, in his speech at the Sorbonne, he announced his intention to organise democratic conventions in each voluntary Member State so that European citizens could redesign Europe. Implemented in 2019, this idea led to the adoption of general conclusions in the EU Council on several key subjects such as immigration, the environment or social convergence, without however bringing about a radical change in European policy.

In this line, Emmanuel Macron initiated the Conference on the Future of Europe which was organised around several democratic moments. This resulted in the setting up of a representative panel of European citizens, decentralised events organised by citizens and public organisations, and the creation of a multilingual digital platform. The Conference mobilised more than 50,000 citizens and contributed to the formulation of 325 key proposals and a final report to the European institutions. With this new initiative, Emmanuel Macron has re-launched the question of the future of Europe and that of negotiations on a potential recasting of the treaties.

The work of the conference focused on nine themes that crystallise the expectations and proposals of European citizens: climate change and the environment, health, the economy, social justice and employment, the EU’s place in the world, EU values, the rule of law and security, digital transformation, European democracy, migration, and education, culture, youth and sport.

These themes were strongly influenced by current events, which guided many of the recommendations included in the final report of the Conference. Thus, the pandemic has given rise to a real popular desire to see Europe acquire greater competences in the fields of health and energy, an aspiration largely motivated by the Russian invasion of Ukraine. This pressure is added to that of the climate emergency and also gives rise to citizens’ recommendations calling for the deployment of renewable energies, increased energy efficiency and the development of the most sustainable modes of transport.

With at least 30% of young people involved in the panels and plenary sessions of the Conference, and in view of the “European Year of Youth” in 2022, it is not surprising that several objectives and measures of the final report are aimed at fully developing the potential of the next generations to build the Europe of tomorrow. Amongst these recommendations, we can note in particular the promotion and support of youth work or the development of youth involvement in democracy at EU level, notably with the consideration of voting from the age of 16 in European elections and the introduction of a “Youth Check” aimed at consulting youth representatives on legislation directly impacting them.

The priorities of European citizens are thus based on pressing challenges and long-term aspirations. But are they all feasible? While several of them are already the subject of debate and legislative initiatives at European level, such as energy independence, others, such as the introduction of a Youth Check, invite the European institutions to consider their possible implementation. Nevertheless, some of them are more complex, not being feasible at the present time and requiring a different treatment that the institutions will have to justify carefully in order not to risk reinforcing the feeling of mistrust of European citizens towards the EU.

A catalyst for treaty reform?

The proposals raised by European citizens are now on the desk of the European institutions, which must determine to what extent and in what form they could be implemented. This is particularly the case for proposals that require reform of the European treaties. Amongst other measures, the will of the citizens to put an end to the unanimity voting rule between member states in almost all areas and to grant the European Parliament the right of initiative for European laws are two key measures that will be met with opposition from certain member states.

The almost total generalisation of qualified majority voting – except for the areas of enlargement and the EU’s fundamental values – is one of the key proposals and reopens the debate on ending the veto. While the majority of MEPs want to go ahead and reform the treaties in this way, Member states are more divided, as evidenced by the mobilisation of 13 Member states who immediately rejected the idea of recasting the treaties. Some believe that it would not change the substance of the problem, as sensitive issues are always subject to some form of unanimity or compromise between Member states to preserve legitimate interests. If Emmanuel Macron has sketched out the idea of introducing this qualified majority, make no mistake, this proposal is not that of France, who presides over the Council, it is indeed that of a newly re-elected President who is defending his idea of Europe.

Another project that will certainly not meet with consensus is the proposal mentioned by Emmanuel Macron in his speech on 9 May to create a “European political community”, a temporary alternative to the accession to the European Union of the candidate countries, whose process is long and complex.

Thus, we can see once again that this Conference has been mainly an opportunity for Emmanuel Macron and not the French presidency of the Council of the EU, which was not intended to take on such a political dimension and the idea of a recasting of the EU. This presidency has allowed for legislative and technical issues to be addressed, while the conference has allowed Emmanuel Macron to establish his vision of the EU in the light of upheavals such as the new coalition in Germany, growing populism and the war in Ukraine.

It remains to be seen in the coming months whether the Conference on the Future of Europe will deliver on its promises and provide real leverage to launch a reflection on EU reform that strengthens its competences and moves towards more Europe. If not, politicians could be faced with increased mistrust of public authorities, which would have the opposite effect of the initial objectives. By organising this Conference, politicians have given themselves a duty of responsibility to their citizens, which they must now honour or risk increasing scepticism towards the European institutions. 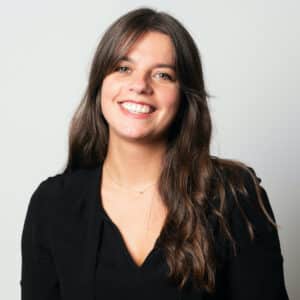 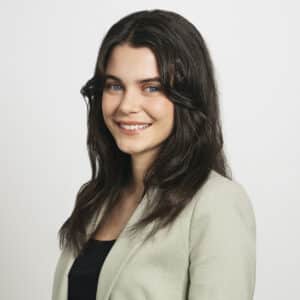