French senatorial elections 2020 : Status quo in the Senate… or almost 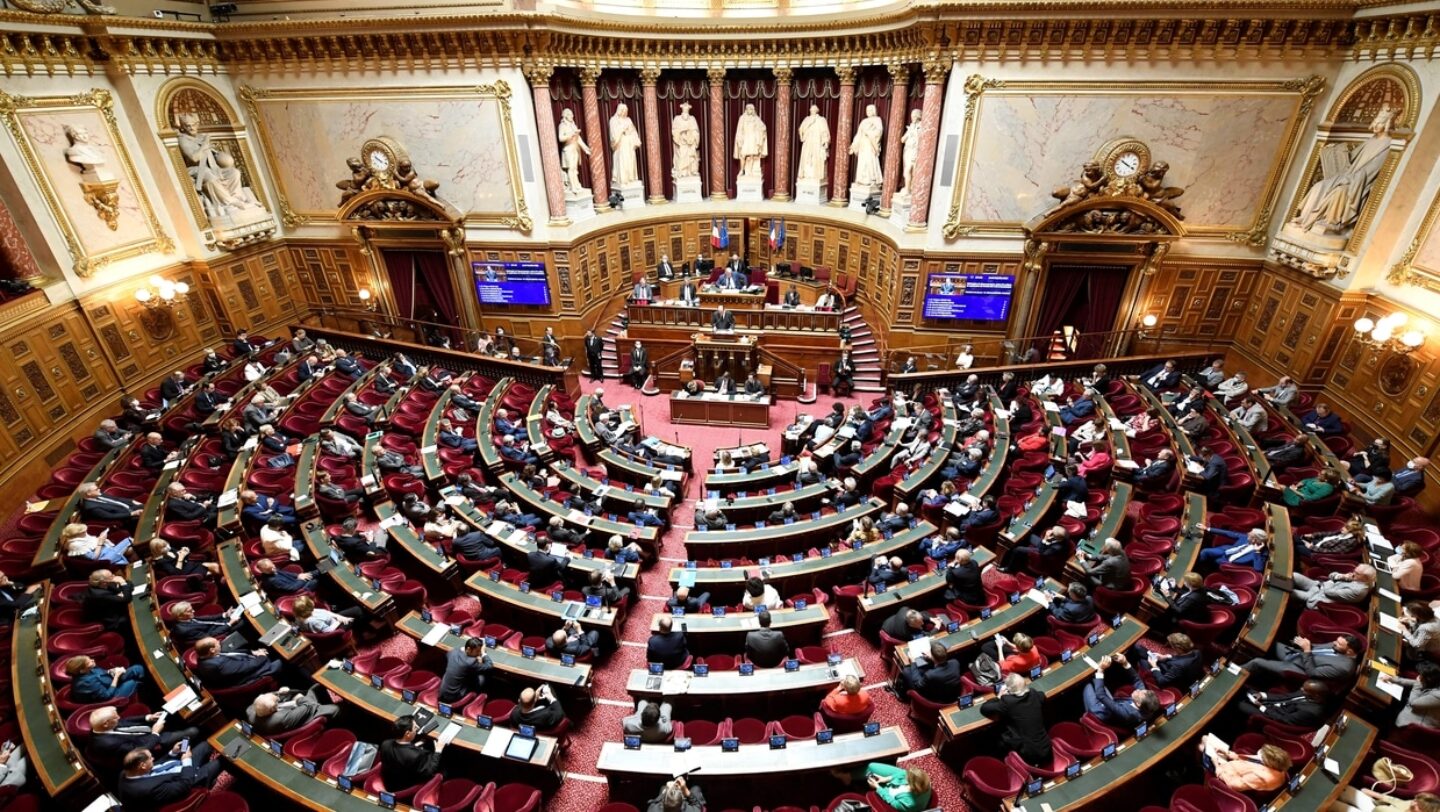 Unsurprisingly, the political landscape at the Palais du Luxembourg remains stable and anchored to the right after the senatorial elections. One suspected that the ballot would not upset the balance. The right-wing government remains in the majority, benefiting on the one hand from the fact that the senatorial elections are mechanically a replica of last June’s municipal elections, and on the other hand from the voting system, which amplifies the dynamic thanks to the “over-representation” of rural electors.

The five lessons of the senatorial elections

The Right and the Center retain the majority in the High Assembly.

“This election comes to consolidate the senatorial majority of the right and the center”, declared in a press release Gérard Larcher, who will be candidate for his succession to the Senate. With 86 senators (+10), the LR group reaches a high water level compared to its forecasts. Bruno Retailleau, comfortably re-elected, manages to win in Vendée the three seats to be filled in his department and is in a position of strength to keep his position as group president… before probably launching into the race for the LR nomination for the presidential elections. To note also the election of Valérie Boyer, former Deputy LR of the Bouches du Rhône in the same department.

The centrist Union group which had 51 members before these elections could integrate some senators elected on the label divers-centre and also strengthen itself. Hervé Marseille should be reappointed at its head. The third group of the senatorial majority, the group “The independents”, more compatible with the presidential majority, will be able to maintain itself for this next mandate.

Among the re-elected centrists: Dominique Vérien (UDI) in Yonne, Philippe Bonnecarrère (Tarn), Bernard Delcros (Cantal), Evelyne Perrot (Aube). The president of the Independents group, Claude Malhuret, is confirmed in the Allier, as well as Daniel Chasseing in Corrèze and Alain Marc in Aveyron.

All in all, it is a real dynamic that the senatorial Right is experiencing, in line with what happened during the last municipal elections. Eclipsed by the successes of the ecologists in several large cities, which had created a certain optical illusion about the political balance of power resulting from the ballot boxes last June, the victory of the “classic” Right is logically confirmed during these senatorial elections. The voting system seems to have even amplified this dynamic. The re-election of senators from the center and the right in departments such as Aveyron and Cher with particularly high scores is revealing in this respect.

Observers expected to see the Republic on March very weakened on election night. If his group in the Senate had little hope of winning elected officials, the number of seats gleaned nevertheless allowed it to finally maintain itself at an almost unhoped-for level (19 seats retained out of 23). The surprise re-election of its president, François Patriat, in Côte d’Or and the election of the Secretary of State for Tourism, Jean-Baptiste Lemoyne in Yonne illustrate this relatively good performance. The idea of enlarging the group to include other members of parliament who voted confidence in Jean Castex’s government is even gaining ground.

Nevertheless, La République en Marche did not manage to establish itself in the Senate, as a consequence of its failures at the municipal level and its inability to “speak to the territories”. This is indeed the paradox of the political period we are living through: the parties of the old world win the intermediate local elections; the two parties present in the second round of the presidential elections in 2017 cheerfully step over these elections. This phenomenon weakens LREM, but does not affect the chances of re-election of the President of the Republic. The sequence that will begin after the Regional and Departmental elections next March will show whether it will once again be possible to win a presidential election, without parties and without a relay among the local elected officials.

These senatorial elections are first and foremost the election of the territories, and it is striking to see that the original hiatus that was established between La République en Marche and the territories continues. There is little doubt that the regional and departmental elections next March will be just as difficult for the president’s party, whose alliance strategy is not yet clearly established.

To a lesser extent, the same analysis could be made with regard to the Rassemblement National, which only retains one seat with Stéphane Ravier (weakened by his defeat at the municipal elections in the 7th sector of Marseille, the senator was able to count on support from other sides).

The Senate Radical Group (RDSE) was in danger. Rather weakened, it emerged with 12 senatorial seats, half as many as in the outgoing assembly. Above the generous threshold of 10 senators, the group is saved, especially since it could include some senators elected under the label “various left”.

The Socialist Group remains the first opposition group; the ecologists will be able to form a new group.

The ballot confirms the good performance of the Socialist Party, given up for death a few months ago! His group remains the first of the opposition, and the only one able to appeal to the Constitutional Council. However, it loses a few seats to 65 (compared to 71 before these elections) to the benefit, in particular, of its ally EELV.  The lines seem to be shifting somewhat between socialists and ecologists, sometimes allies in the majority of metropolises, sometimes competitors in the countryside.
In particular, Gisèle Jourda (Aude), Nicole Bonnefoy (Charente), Jean-Jacques Lozach (Creuse), Franck Montaugé (Gers) were re-elected within the socialist group. Elected are Marie-Arlette Carlotti (Bouches-du-Rhône) Serge Merillou (Dordogne).

The possible creation of an ecological group in the Senate with 12 members is the other information of this election evening, and probably the only novelty. Esther Benbassa could be a candidate for the presidency of this new group, which would include in its ranks the new and first nationalist elected to the Senate, Paul Toussaint Parigi (Haute-Corse).

“The union of the left is a struggle”.

The strategy of local union on the left, which could prefigure a union at the national level, has generally worked, particularly in urban departments (in Marseille, Lyon and Strasbourg). These common agreements between the PS, EELV, PC have allowed the stabilization of socialist groups on the one hand and communist and republican groups on the other (15 senators) – despite disappointing municipal governments, particularly in the Ile-de-France region. Above all, they allowed the election of 3/5 of the ecological candidates. Where the rally failed, the left lost seats. This was the case, for example, in the Deux-Sèvres where an isolated EELV list with no prospect of success was maintained, depriving the socialist candidate of victory by only a few votes.

This reminds the EELV, perhaps exhilarated by its success in the municipal elections in the big cities, of its dependence on the left-wing electorate. The example of Strasbourg is an illustration of this. If the new EELV mayor of Strasbourg can be pleased that the vote of the electorate in favour of the ecological cause has gone beyond the borders of the city center and the metropolis, it is certainly because her left-wing allies have made it possible to broaden her electoral base to peri-urban and rural areas.

The left as a whole will have to draw two lessons for future elections:

when the unitary dynamic of this new ecology-socialist pole is at work, victory is possible.
the conclusions drawn by the media on the municipal elections last June may have been wrong. The green tidal wave, far from being a tsunami, could have been nothing more than an electoral push, certainly significant, but made possible above all by a unitary dynamic as in Marseilles. This observation brings water to the mill of the Socialists, who judged Olivier Faure’s declarations that the Socialist Party could join the panache of an ecological candidate in the next presidential elections to be a bit hasty.

One can therefore understand the strategy of Yannick Jadot, who would like to declare his candidacy as quickly as possible, without waiting for the sequence of local elections in 2021. These elections risk revealing the difficulty for environmentalists to broaden their audience beyond the urban centers of metropolises. In other words, the municipal elections would above all have demonstrated the maintenance of the traditional Left / Right bipolarity. However, the social ecological political line carried by the winning union lists of municipal councils in large cities is anchored on the left and approved by a left-wing electorate. The overcoming of this cleavage by a candidacy that Yannick Jadot would like to embody is today mechanically weakened.

The temptation for the EELV to become what the PS built in the 1970s, that is, the dominant pole of the left, would certainly be a more appropriate strategy in this context. But does the Green Party have the means for its ambitions? We should have a large part of the answer to this question next March!