For the occasion, Euros / Agency has reorganized itself and become Euros / Agency Group, with a new identity and a new organization. Euros / Agency Africa is a joint venture associating Euros / Agency Group and Ktrium Invest & Advisory, an African investment and advisory company for governments, decision-makers, and public and private leaders. Ktrium was founded by Salaheddine Mezouar, former President of the Moroccan General Confederation of Companies (CGEM), Cabinet Minister for nearly 14 years in various strategic positions (Industry and Commerce from 2004 to 2007, Economy and Finance from 2007 to 2012, and Foreign Affairs and Cooperation from 2013 to 2017), and President of the COP 22.

Based in Casablanca, and bolstered by the expertise of both the Group and its partner, Euros / Agency Africa will intervene on all aspects consulting in communications, media relations, crisis management, public diplomacy and public affairs in French, Arabic and English. The agency is positioned on a high-end segment, at the junction between executive consulting and traditional communication.

The new entity has the status of Casablanca Finance City and is the result of a joint venture with Ktrium Invest & Advisory, an African investment and advisory company for governments, executives, and public and private decision-makers founded and managed by Salaheddine Mezouar.

Euros / Agency Africa will have a network of specialized correspondents in most areas and countries. Alongside this growing network, the agency will also be supported by senior councillors from the sectors of diplomacy and business in carrying out missions covering high-level strategic dimensions.

Euros / Agency Africa is already operational and accompanies clients in the fields of energy, industry, development, diplomacy and international and professional organizations. Its client portfolio is growing rapidly.

Euros / Agency Africa is also about to launch the first national indicator of the Moroccan Business Climate (the CAM Index), the first results of which will be shared during the month of June.

Mathieu Collet, president and founder of Euros / Agency Group, declared: “Euros / Agency Africa is the concretization of our long-standing will to deploy and share our know-how on the promising and already very lively markets of Morocco and the various emerging countries of the continent. We created Euros / Agency in 2012 in Europe, bringing a renewal and level of excellence that made our success. Euros / Agency Africa feeds on the same fundamentals with teams from the African continent. It is indeed a resolutely African agency, with the highest international standards, not the simple transposition of an imported model”.

Sarah Mezouar, associate director of Euros / Agency Africa, stated: “Our ambition is to offer something different, of extremely high standard to Moroccan and African leaders who need skills equivalent to those found in London, Paris, New York or Berlin, but anchored in Africa. We have established a solid network of professionals in the Maghreb, Senegal, the Ivory Coast, the Congo and more broadly in Central Africa and the Sahel. This network is growing day by day as we carry out our missions”.

Euros / Agency Africa benefits from the active support and network of Salaheddine Mezouar, senior adviser, former president of the CGEM, and minister for nearly 14 years in Morocco in strategic positions (Industry and Trade from 2004 to 2007, Economy and Finance from 2007 to 2012 and then Minister of Foreign Affairs and Cooperation from 2013 to 2017).

The launch of the website of Euros / Agency Africa and the unveiling of its teams will take place during the summer of 2020. 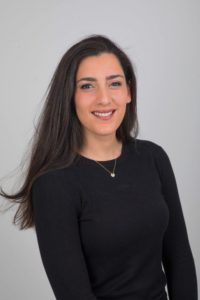 Sarah manages Euros/ Agency Africa and leads the development of the agency’s activities in Morocco and Africa. She is a specialist in advocacy, advising business leadersand accompanying representatives of economic sectors.

Having bathed in a political, private and public environment, Sarah has a unique approach to image and reputation issues, in national, regional and continental contexts, and a vocation to accompany leaders and decision-makers on these strategically important subjects.

She then joined the OCP Group, as a project manager within the Office of the Chairman and CEO, gaining in depth knowledge of the workings and issues specific to Moroccan companies and African development issues.

Finally, before becoming associate director of Euros / Agency Africa, Sarah managed Ktrium, an African investment and consulting company for States and Business executives. She participated in the launching and monitoring of projects in the Industry, Education and Environment sectors.