Measuring the European presence in the presidential campaign
#GROUP 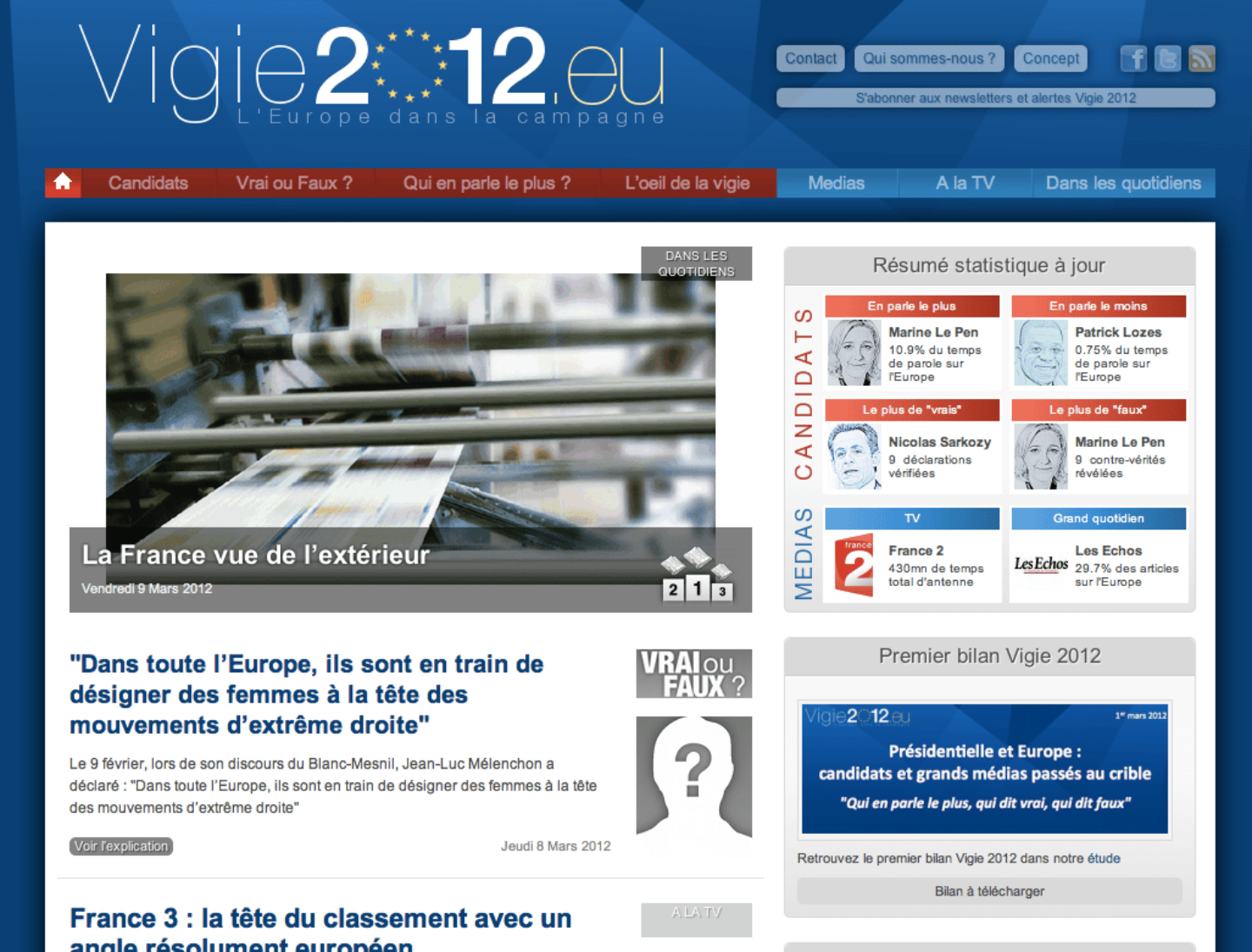 The objective of Vigie 2012: to put forward the European issues within the presidential campaign.

Aiming to let Europe in the campaign, the bias of the website was to produce information directed at medias so they could use it.

MEASURING THE EUROPEAN PRESENCE IN THE PRESIDENTIAL CAMPAIGN

The Groupe des Belles Feuilles provided itself with the means to meet the challenge: 40 monitors, 30 experts, a decision-making board, a hotline open 7/7 to answer journalists’ questions, and a daily newsletter addressing information to nearly 3000 subscribers.

WHEN THE VIGIE CREATES A BUZZ

Particularly welcomed by the web and social networks since its launch by the end of 2011, Vigie 2012 is currently regarded as one of the most successful fact checking websites. Many medias also took an interest in the experience per se, like Télérama, France Inter, Les Inrocks, Le Nouvel Observateur, France Info, France 3 or Mediapart.

At last, the Vigie 2012 team has been requested by TF1 news staff to lead a live fact checking experience during the weekly political programme “Paroles de Candidats” (Candidates’ talks), which confronts during more than two hours the presidential candidates to a panel of citizens and journalists.