United by Putin’s aggression, Europe ushers in a new era of defence policy

The Russian invasion of Ukraine transformed the geopolitical dynamic overnight, provoking fiery, churchillian political discourse as world leaders sought to condemn Putin and declare support for Ukraine. The European Commission President Ursula von der Leyen too seized the moment, vying to hold Putin fully accountable for the ‘barbaric attack’, and describing it as a ‘watershed moment’ for the European Union.

This is an opportunity for the EU, under the leadership of France, to put its money where its mouth is, and provide new impetus in defence entering a new era of mutual complementarity between NATO and the EU.

Paradoxically, while France is often seen as the country pushing for a more geopolitical Europe, it was the French parliament that rejected the treaty establishing the European Defence Community (EDC) in 1954. By rejecting the EDC, France nipped in the bud any possibility of a common European defence for the decades to come. In the context of the Cold War, it was under the American defensive umbrella of NATO that Europeans intended to ensure their common defence, preferring rather to concentrate on building a strong Europe in economic terms. France has since tried to play a leading role in the construction of a strategic Europe at the international level, including in the field of defence. Examples of the new French approach date back to the integration of Common Security and Defence Policy (CSDP) into the EU resulting from the Franco-British summit in Saint Malo in 1998, but is more recently clear from defence’s central role in the programme for the French Presidency of the EU Council (PFUE).

Of course, the PFUE programme did not count on war breaking out on European soil, fundamentally changing the underlying dynamics in defence policy.

As of February 24th, news in the field of EU defence feels almost to be a daily occurrence. The EU began by deploying restrictive measures against Russia and later Belarus, a predictable move whose speed and breadth seem to have taken even Russia by surprise. This almost knee jerk reaction to Russian aggression against Ukraine was surely the most rapid and far-reaching deployment of EU sanctions to date.

Alongside the sanctions came the wholly unprecedented deployment of the European Peace Facility to fund weapons, with an initial 500 million EUR in military aid for Ukraine which subsequently has doubled at this week’s EU Summit, attended by Joe Biden, seemingly indicating a new level of willingness among States to cooperate in defence and more importantly, to foot the bill. It should be noted however that these funds are of the Member States and not the EU itself, highlighting the limits to the EU financing of defence under the current legal framework even when widely supported.

In addition to the exploitation of existing frameworks to support Ukraine and penalise Russia, systematic change in EU defence could be on the horizon. Agreed upon by EU ministers this week, the EU’s ‘Strategic Compass’ underwent fundamental last-minute revisions in response to the vastly intensified geopolitical climate. Contrary to the language of previous comparable strategies, the 2022 Strategic Compass promises to act, secure, invest and forge partnerships, featuring concrete initiatives including an “EU Rapid Deployment Capacity” consisting of up to 5 000 troops.

The European summit is set to formally adopt the Strategic Compass, and reaffirm Member State commitments to defence investment made in Versailles  in mid-March. There the EU Heads of State set the tone for the future of European defence, with commitments to strengthen the military capabilities of Member States, increase joint defence projects and, above all, investment as many Member States declared they are committed to spend at least 2% of GDP on defence, as recommended by NATO, providing a boost to Europe’s defence industry.

At Versailles the European Council also reaffirmed NATO’s role as “the foundation of collective defence for its members”. If Donald Trump’s presidency and his outbursts about Europeans not paying enough for their defence had made Europe doubt American protection, Russian aggression has removed these doubts. In a logic of confrontation between blocs, where Russia is once again identified as the main threat to our security, Europe remains resolutely turned towards the transatlantic partnership to ensure its protection.

With all Member States recognising the extent of the threat presented by Russia, Macron’s declaration of a “brain-dead” NATO seems less convincing, reminding us of Secretary General Jens Stoltenberg’s comment that EU defence plans “can never replace” NATO. Not only does no one in Europe imagine common defence outside its framework but countries that were previously neutral are now considering joining the alliance, bringing with it unprecedented foreign policy alignment between Member States.

In recent weeks, many EU taboos have been broken, and there is a legitimate expectation that funding for European defence will increase, making full use of the European Defence Fund and spending more to “fill strategic gaps” and “reduce technological and industrial dependencies”. At present, however, the legal framework of the EU, whose objective is peace, prevents it from incurring expenditure with military implications: such expenditure comes directly from the Member States. But perhaps we are on the verge of a reversal of logic in European construction, precipitated by the war, with neutrality becoming a thing of the past as foreign policy alignment becomes the rule rather than the exception.

The French ambition of a more geopolitical Europe may inadvertently be closer than expected and this could be put forward under its presidency of the Council. While today Member States commit to increased investment from their own pockets, tomorrow the EU may be financing armaments and military operations itself in order to promote peace and ensure its security. 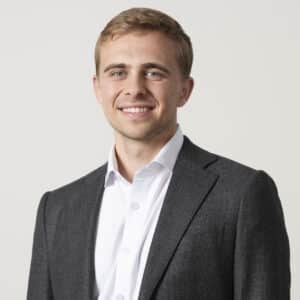 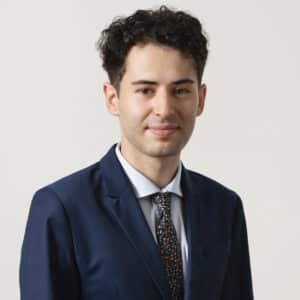 Advisers in the EUPA department