To infinity and beyond: a new era for the European space policy

Throughout the French Presidency of the Council of the European Union (FPEU), the Brussels office of Euros / Agency Group deciphers for you the highlights of this institutional exercise.
#EUPA

European countries have recently demonstrated a clear ambition to exploit the resources of space, however, one must not be mistaken : the European Union does not ambition to land on the moon or visit Mars but to build up its defence and industrial capabilities. Although France only dedicated a few lines to this matter in its programme for the Presidency of the Council, it has become clear that this subject is now a priority in the EU’s quest for technological sovereignty.

Recently, space has not only become a major battlefield, but also an economic horizon that is exploited not exclusively by the world’s superpowers, but also by mighty private players. Will the European Union be able to carve out its place in an increasingly chaotic international landscape?

Europeans in space? Nothing new under the sun

Putting European institutions and a solid space ambition in the same sentence may seem counterintuitive on the face of it. However, space has been a cooperative endeavour in Europe for over four decades. The first collaboration between EU countries and the then recently created European Space Agency (ESA) dates back to 1975. The EU began to invest in the sector in the 1990s, notably through the launch of EU space programmes. Later on, Europe equipped itself with the tools to promote joint efforts for the exploration of space and  also facilitated the conception and implementation of an EU space strategy. This was later on translated into the Space Programme adopted in 2021, with an unprecedented budget of €14.9 billion.

Today, the EU, driven by major economic investments by its nations, is projecting itself towards a leading role in the international governance of space. France in particular is one of the space leaders and the third spender globally, right behind the United States and China (2020). In this regard, President Macron stressed on several occasions the crucial role that control of space would play in regaining our strategic European sovereignty.

Most recently (15 February 2022), the European Commission published a ‘Space Package’ which aims at governing space traffic and above all, at deploying a European space-based secure connectivity system or ESSCS, the third leg of the EU’s space ecosystem after satellite navigation and earth observation (Galileo and Copernicus respectively). The new constellation, when launched from 2025, will provide broadband residential and mobile connectivity and internet access across the continent, as well as Africa and the Arctic region. Through improved encryption (quantum keys), ESSCS will also better protect the EU against cyberattacks.

So how does Europe respond to these geopolitical challenges, whilst competing amidst an ever tougher global market? To date, what seems to be missing is a joint approach between Europe and its member states, but also a deeper partnership with European space industries. Autonomy comes at this price.

The war in Ukraine has made even more pressing the need for the Old Continent to equipe itself with an ad hoc space-related military dimension that can cope with the international challenges of our time. The European Commission’s comprehensive space strategy is a clear indication that public institutions and private organisations now understand the need to cooperate and fund dual-by-design technologies to serve civil and military purposes at once.

In its effort to play a more central role on the global stage, the EU has also developed a plan to address  international security and defence challenges, known as the Strategic Compass (March 2022) which includes an EU Space Strategy for Security and Defence, the first of its kind. While it is obvious that Europe’s work in the defence realm must necessarily be contextualised within the transatlantic alliance, it is also true that the EU is building for itself an expanded international role in the space sector.

In short, to project itself as a more assertive power, the EU must primarily build on its existing space infrastructure, making it more resilient, while bolstering synergies between space-related funds (e.g. the Space Programme, the European Defence Fund and Horizon Europe). Only then can the EU Space Strategy for security and defence succeed. In turn, this would significantly boost the continent’s space industry.

Yet, in spite of all its assets, the EU is faced with fierce competition by ‘traditional’ players (the US, Russia, China), now also joined by new state powers such as Brazil, South Korea, and India. Even more striking is the advent of new private businesses in the vein of Amazon and SpaceX, which have been aggressively investing in this new frontier to maximise their dominance – and their earnings. While space is getting excessively crowded, the technological dependence between actors is getting higher. The European response of ‘strategic autonomy’ responds to the need to create a European space model in which EU industries can cooperate and play a leading role vis-à-vis their international competitors. This new European impetus can be structured by the new group of experts announced by Emmanuel Macron at the informal meeting and in the framework of the French Presidency of the Council. For the time being, the European Space Agency has referred to this group as a “high-level advisory group” and more information should come later on.

Secure connectivity as a means to ensure Europe’s strategic autonomy

To cope with the military, economic and connectivity challenges, a proactive cooperation between European institutions, member states and the European space industry is essential. The proposed regulation on a space-based secured connectivity aims at achieving this, whilst placing the domestic EU industrial ecosystem right at the heart of the project.

The European Commission’s plan to deploy a new EU-owned and operated constellation for connectivity seems to meet all these needs. By better rewarding science, by supporting its small enterprises and startups, and by encouraging entrepreneurship and risk-taking in finance and research, the project has the  potential to create a true ‘European space model.’

In this unprecedented endeavour, the Commission has powerful allies – France and Germany are, traditionally, the first and most reliable partners to making any grand EU scheme a reality. France alone, with €1.5 billion of investment earmarked in the ‘France 2030’ plan, is Europe’s leading investor in space technology, and can count on global leaders in their respective segments (Arianespace, Thales, and Franco-German giant Airbus, to name a few).

So how will all this be funded in the end? Although there seems to be a broad consensus around the geopolitical objectives, the economic and financial implications of building a new constellation are yet to be assessed and it is unclear how much of these funds will come from public or private pockets. The Commission says at least €2.4 billion will come from EU funds, but the 27 member states and the private sector are expected to match this contribution to reach the expected 6 billion.

Irrespective of the minutiae of financing the scheme, it seems pretty clear that the EU is set on a trajectory to become a central economic and military actor in space in the next decade. The entire value chain – from space and tech engineers, to satellite operators and launcher manufacturers – all have a concrete interest in the development of a new  European constellation for the continent. Clearly, this proposal and the EU’s ambition in space pave the way for an EU-led consortium to build, operate and maintain the new constellation.

It may still be a tad early to land on the moon, but the European Union is most definitely reaching for the stars. 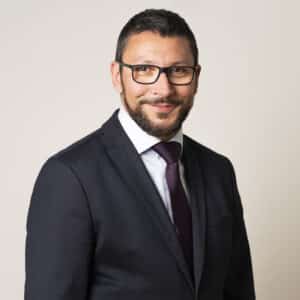