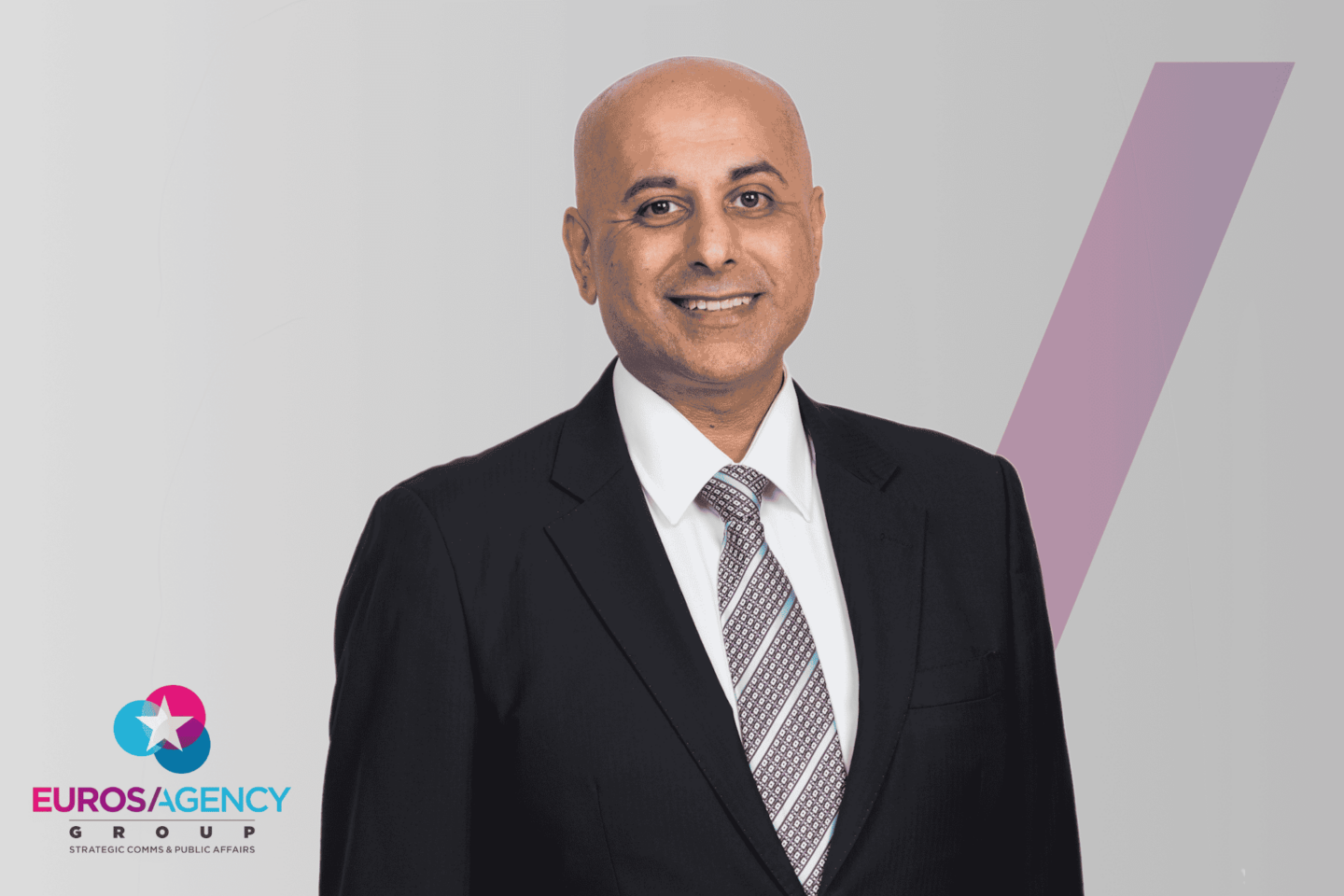 Honorary British MEP Sajjad Karim joins Euros / Agency Group as Senior Account Director. He reinforces the European affairs teams and brings his high-level expertise on economic and international issues. At the time of Brexit, his arrival also serves to strengthen the links with London and the Commonwealth countries.

MEP from 2004 to 2019, Sajjad Karim is a British politician who played a leading role in the European Conservative and Reform group, for which he was the candidate for the presidency of the European Parliament in 2014. An expert in international trade, human rights, single market regulations including the European digital single market, Sajjad brings his expertise to a number of Euros / Agency group’s clients.

A strong remain supporter during the Brexit referendum, Sajjad continues to play an important role with a strong voice within the British Conservative Party during this transitional period. His knowledge of the United Kingdom and his proximity to many Commonwealth countries, particularly in South Asia, adds to Euros / Agency Group a new openness and considerable opportunities in London and other capitals in their relations with the EU.

Sajjad is fully integrated in the Brussels office, led by Sloan Moreau, and works hand in hand with all other Euros / Agency Group’s departments, including with other senior account directors such as former French MEP Gilles Savary.

Sajjad Karim states: “Having constructively contributed to EU politics for over 15 years at a senior level, I am delighted to bring this experience to Euros / Agency Group who have a very modern approach to the public and government relations industry in tune with changed dynamics and demands. As Senior Director I will fulfill a fully integrated role which adds to the offering we are able to deliver”.

Martin Wittenberg, Managing Director of Euros / Agency Group, explains: “Euros / Agency Group reinforces again the senior ranks within its team with the arrival of Sajjad. His in-depth knowledge of the single market and the rules of international trade, unanimously recognised in European circles and the anglosphere, will enable us to extend both our expertise and our operations worldwide. I am delighted that he is joining this promising entrepreneurial adventure, and as he often says, the best is yet to come!”.

A British politician and solicitor by profession, Sajjad Haider Karim was a Member of the European Parliament from 2004 until 2019. He has developed extensive experience in trade related issues including being the Chair of South Asia Trade Monitoring Committee and Parliamentary Rapporteur for EU-INDIA Free trade agreement.

Elected locally in the United Kingdom from 1989 to 2002 in the borough of Pendle near Leeds and Manchester, Sajjad was elected to the European Parliament in 2004 and re-elected in 2009 and 2014, when he was chosen as the Conservative Group’s candidate for the presidency of the Parliament.

Over the years, Sajjad has become a pillar of the conservative group: a member of the European Parliament’s Legal Affairs Committee, he has also chaired the South Asia Trade Monitoring Committee, the South Caucasus Delegation and the powerful Parliamentary Conduct Committee.

Throughout his tenure, Sajjad has championed the EU’s role in the development of trade between the EU and the rest of the world. He was appointed rapporteur on the free trade agreement with India, and subsequently played a key role in numerous trade negotiations. He has also worked as a rapporteur on improving the legislative process in the EU and reducing the legislative burden. He contributed to many key reforms, including the exemption of SMEs from regulation, the strengthening of national parliaments in EU decision-making and the regulation of the EU audit profession after the financial crisis.

Highly invested in the relations between the European Union and South Asia, he has been particularly active towards Pakistan and Azerbaijan, where he enjoys a strong reputation after working for trade rapprochement, the defense of human rights and the fight against child labor.

His involvement in international issues has also led him to engage diplomatically with Syrian opposition groups, in favor of democracy in Egypt and civil rights in Turkey and Kashmir. In January 2015, Sajjad was nominated for the British Muslim Awards’ Politician of the Year award.

In March 2019, Sajjad Karim received the International Business Award at the annual European Parliament Awards by The Parliament magazine.