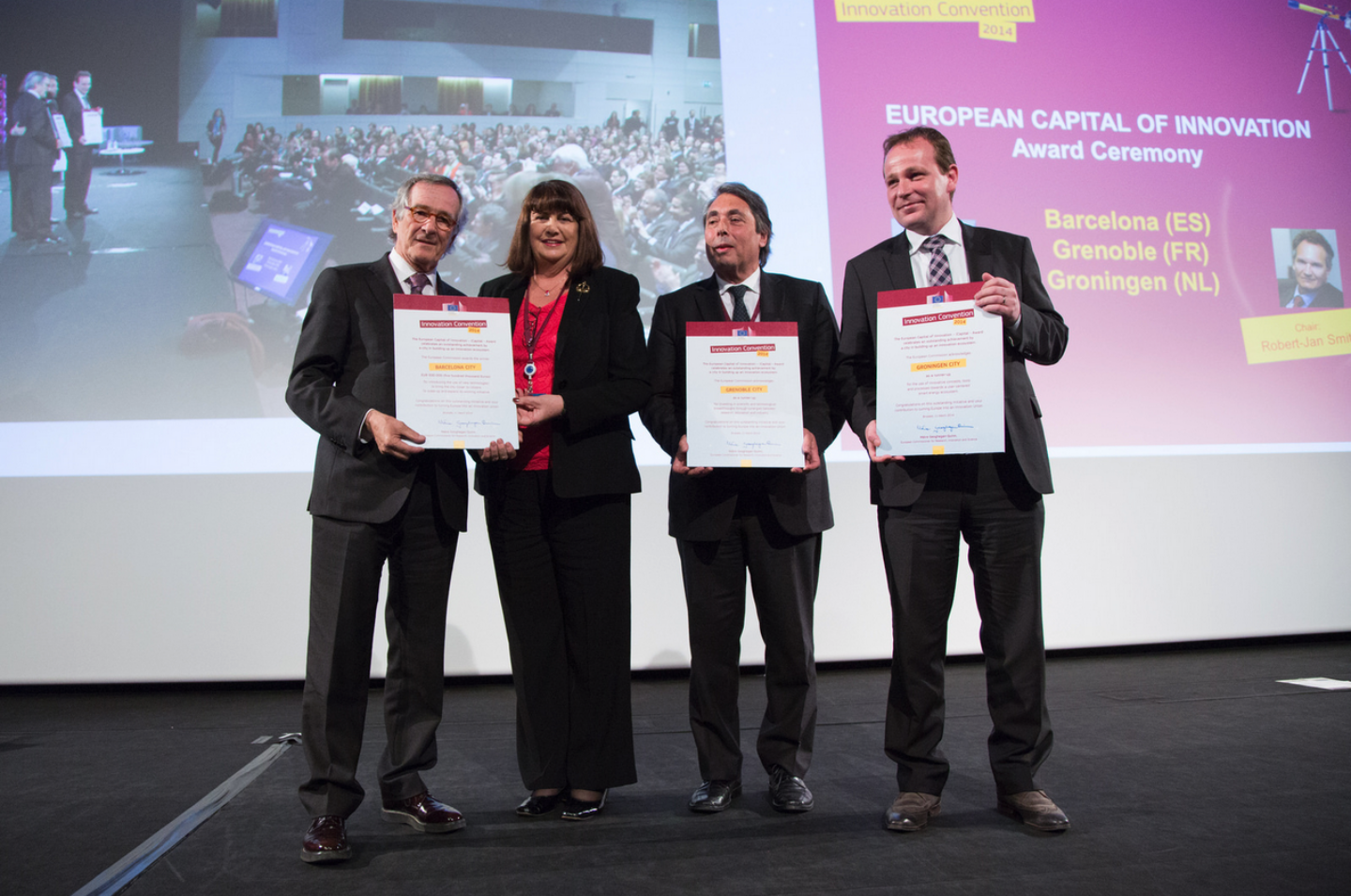 Wishing to promote its assets in terms of innovation at the European level, it is quite naturally that the City of Grenoble turned to Euros / Agency to support it in its participation in the “European Capital of Innovation” competition.

This competition, called « iCapital », was launched in August 2013 by the European Commission. Completed last month, the competition aimed to reward the best innovation ecosystems at the heart of cities, thereby promoting synergies between research, innovation, education and sustainability.

Euros / Agency steered the City of Grenoble’s application throughout the selection process, from project design, through the various qualification stages, to the award ceremony in Brussels.

In the end, the City of Grenoble brilliantly passed all the selection phases of the competition, to climb on the podium of the European Capitals of Innovation. The trophy was presented to the Mayor of the city, Michel Destot, by the European Commissioner for Research, Máire Geoghegan-Quinn, during the Innovation Convention on March 11, 2014, which was also attended by the teams of Euros / Agency.

Mathieu Collet, President of Euros / Agency declared: « We are very proud to have accompanied the city of Grenoble in this human adventure. We are also delighted to have showcased French know-how and innovation in the European competition».