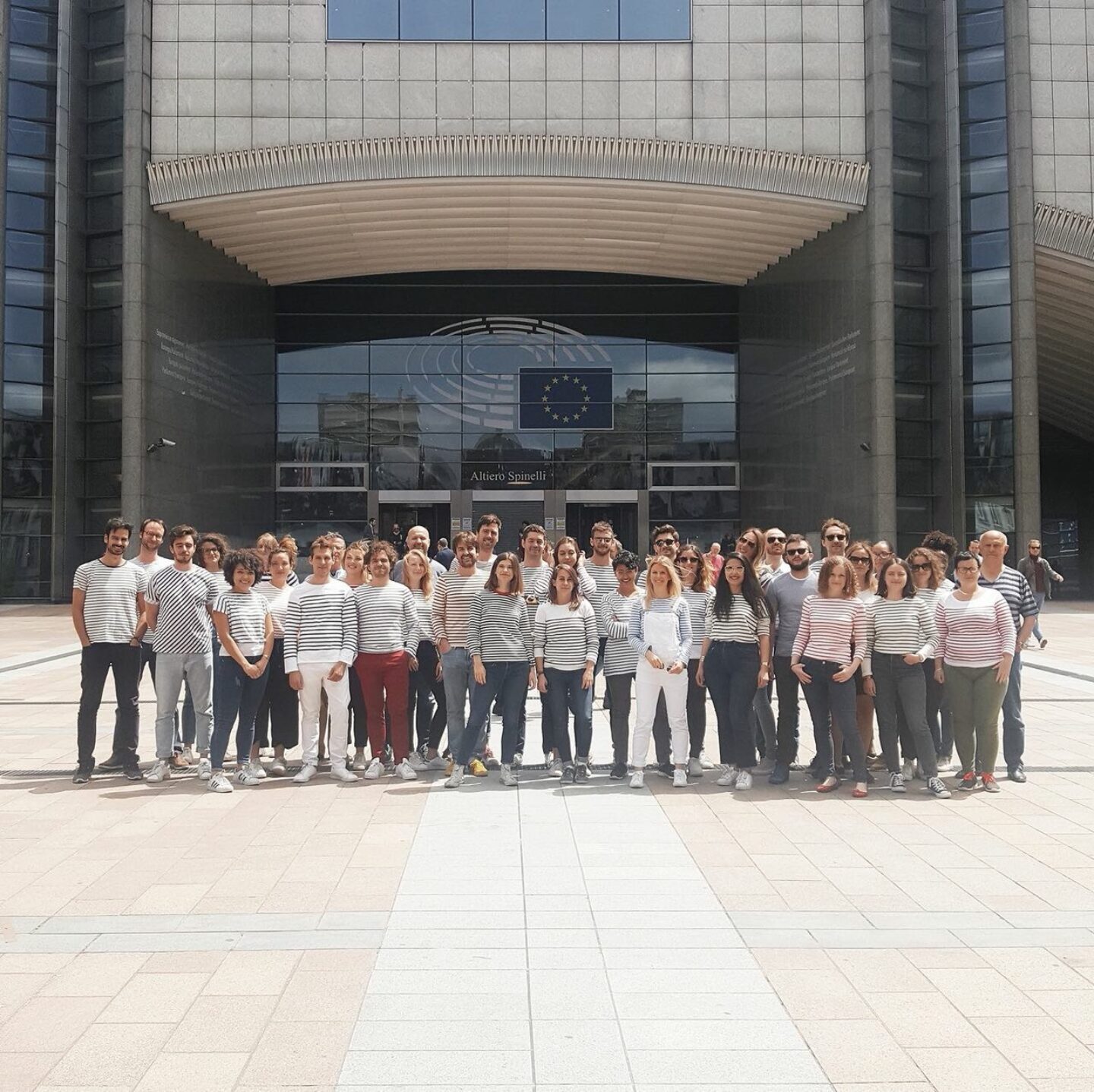 Euros / Agency, consultancy specialising in communication and influence strategies in Paris and Brussels and created in 2012, wishes to announce today the recruitment of two new Account Directors to the Public and Diplomatic Affairs’ department (PA) and the Corporate and Crisis Communications’ departments (CORP) respectively.

Having previously worked for Interel France, Affaires Publiques Consultants, Publicis Consultants as well as the UEFA, Justice Roubard now joins Euros / Agency as Account Direction in the agency’s PA department. She supports Alexis Darmois, the department’s Director, with her expertise across a range of sectors including digital, mobility and sport in particular.

After 5 years at Fleishman Hillard, another 3 at Burson Marsteller and Public Système – Hopsctoch, Kenza Remaoun now joins the Corporate and Crisis Communications’ department as Account Director. She is therefore the right-hand woman to Romain Degrange, the department’s Director, and reinforces the tech expertise as well as strategic advice to industry.

Previously working at Weber Shandwick Brussels four 4 and half years, Jenna Luchman joins Euros / Agency as EUPA Senior Advisor. She will work closely with Tanguy Laudelout, who manages said department, bringing with her an expertise in several sectors including transport, environment, digital and trade. She also reinforces the agency’s technical public affairs’ knowledge.

Leaving Eamonn Bates Europe Public Affairs after several years, Sloan Moreau also joins the EUPA department as Senior Advisor as well as Business Development Manager. He will therefore be supporting Jean-François Pascal in development as well as providing public affairs and political support to clients, in relation to trade associations and public diplomacy.

Since the beginning of the year, 11 new advisers joined the Paris team namely:

Justine started her career as a journalist for the French public broadcaster France Télévisions, before switching to public affairs and communications.

Prior to joining Euros / Agency, she has worked for several consultancies in Paris (Affaires Publiques Consultants, Publicis Consultants, Interel France). As such, she has notably advised companies from the retail, online services, and mobilities industries in their political and media relations.

A huge football fan, Justine was part of the team which organised the UEFA EURO 2016 in France. She was in charge of institutional relationships and VIP guests.

Kenza started her career at Public Système – Hopscotch as project coordinator for several accounts dealing with topics such as innovation and mobility. Some of these include Vinci park, Avis, Oséo, as well as Okigo.

She furthermore spent five years at Fleishman-Hillard where she consolidated her expertise in state-of-the-art technology, supporting accounts such as AT&T, Autodesk, Seagate/Lacie, SAP, Emerson Network Power, Salesforce Marketing Cloud. She equally oversaw the coordination of international media for international Summit for innovation in Education: WISE (World Innovation Summit of Education) – an initiative undertaken by the Qatar Foundation as well as Al Shaqab.

Prior to joining Euros Agency, Kenza worked for Burston-Marsteller in their innovation department, leading the Facebook account on matters relating to monetisation and innovation. She also supported Adobe as it rolled out its Digital Integration communication strategy, and campaign, Her other references from there include Bridgestone, Orange Business Services, Avaya and Zebra Technologies.

Jenna is a public affairs, legal and political wonk at Euros / Agency, Senior Advisor in the EUPA department. Genuine bilingual in English and French, Jenna is of both British and Mauritian nationality.

Jenna finished her studies in Brussels, and has now been living there for a few years. She started her professional path in an American law firm where she focused mostly on joint venture contracts within the MENA region.

She then moved on to agency life, starting at Weber Shandwick where she first acquired a few months’ experience in the consumer marketing and public relations’ department. Following this, Jenna then settled into their public affairs team.

Over her four and a half years there, Jenna specialised mostly in EU governmental and regulatory affairs, learning how to navigate the Ordinary Legislative Procedure. Her expertise lies in environment and transport, but she also brings with her knowledge in digital, energy and international trade matters.

Jenna has worked on projects such as the EURO VI PEMs (concerning parametres for heavy-duty vehicle emissions), the Port Reception Facilities Directive, maritime security on the east and west coasts of Africa – via EU missions – and closely follows issues relating to Brexit and supply chains.

Senior advisor for the European public affairs department and responsible for development in Brussels, Sloan is an experienced professional who advises and provides support to trade associations and companies on both EU policy and politics.

Sloan has never been one to stick to a particular discipline – showing interest in politics, communications and media, public diplomacy, literature, environmental economics throughout his young adult life. He draws on this diverse array of interests to apply his skills in writing and communication and provide public affairs support to clients from a wide range of industries.

Since he joined Euros / Agency, Sloan has been providing strategic counsel on environmental policies, as well as governmental relations and public affairs support to a wide range of companies and trade associations across sectors. Prior to that, he gained practical experience
working at Eamonn Bates Europe Public Affairs.

Sloan has lived in France, the United Kingdom and Canada and eventually decided to settle in Brussels, Belgium. Sloan graduated from the University of London and UCL in European Public Affairs. He speaks French, English and Italian fluently.