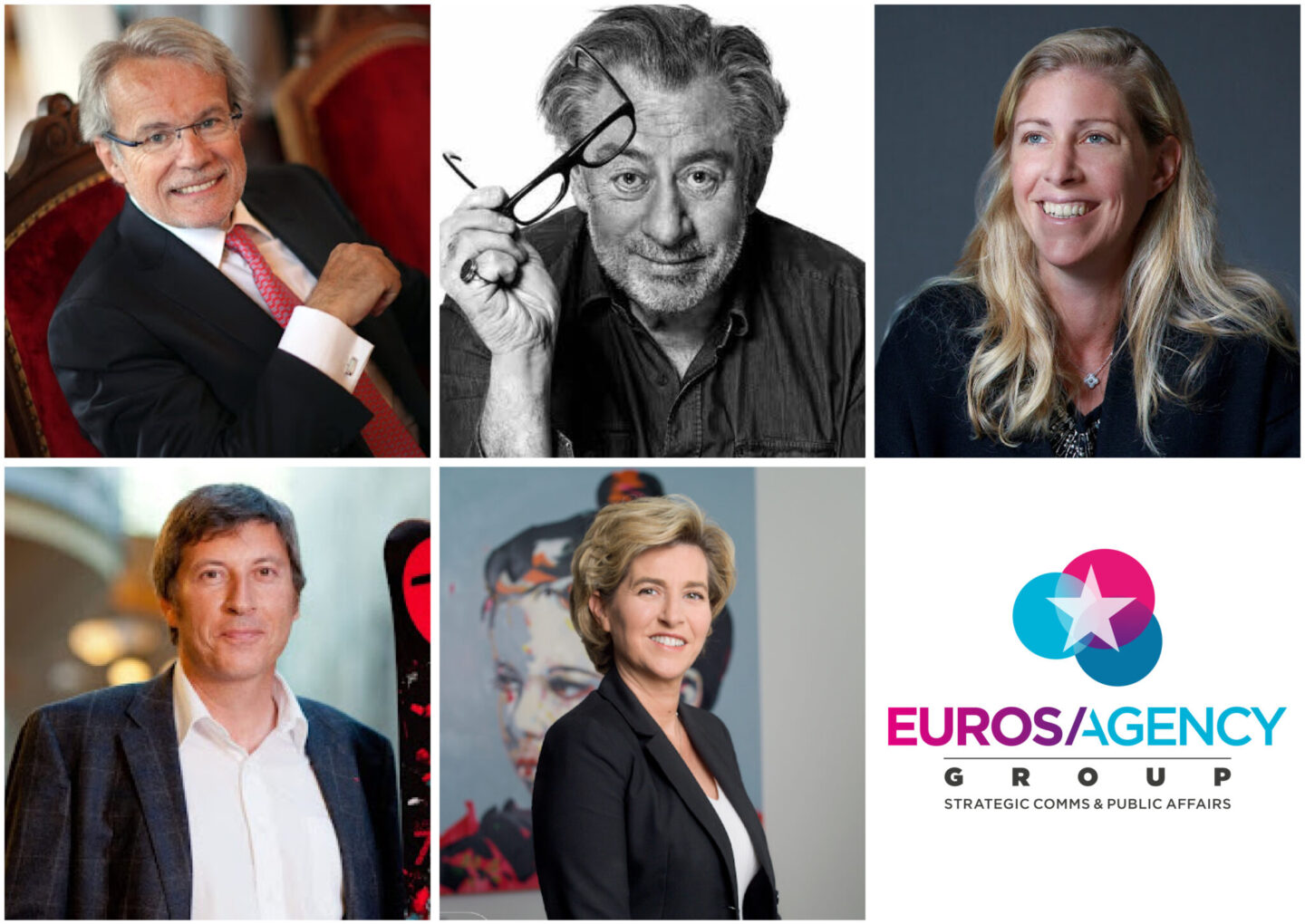 As part of its strong development, Euros / Agency Group has created an “Advisory Board”, a committee fully integrated into its governance and dedicated to supporting its growth strategy.

Five complementary personalities from various backgrounds now support Mathieu Collet, President and founder, as well as Martin Wittenberg, Managing Director and founding partner, in the definition and implementation of the group’s numerous expansion projects. Paloma Castro Martinez, Vice President in charge of strategy, leads this committee which meets four times a year and whose personalities are associated on a day-to-day basis alongside the management.

“Euros / Agency Group is still pursuing its very strong organic growth and has the ambition to invest in new markets in the coming months, as it has successfully done with the creation of Euros / Agency Africa in 2020. The Advisory Board is now a key element of our governance to achieve these ambitious objectives. We are determined to remain independent and to equip ourselves with all the assets to succeed in this forward projection. Indeed, the group will considerably transform itself in the next 5 years, whether it is external growth, geographical expansion or the development of new offers from our businesses already well established on the market”, says Mathieu Collet.

Euros / Agency Group, which currently employs 75 people, was named one of the 1000 most dynamic companies in Europe in the latest Financial Times ranking. The members of the Advisory Board, thanks to their diversity, bring advice, expertise and the strength of their networks in several key strategic areas: knowledge of the agency world, expertise in scale-up and finance, first-rate experience in the management of international companies, creative capacity and sharp eyes on the major trends of society and the universes linked to communication.

THE MEMBERS OF THE ADVISORY BOARD 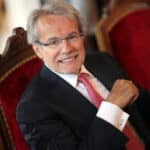 A graduate of the École des Nouveaux Métiers de la Communication, Jean-Pierre is a seasoned and recognized professional in the corporate communications sector.

From 1978 to 1982, Jean-Pierre was director and then vice-president of Burson-Marsteller Paris, before becoming director of communications for the Auchan group and the Bull group. In 1990, he co-founded the communications consulting firm Eurocorporate, which he merged in 1995 with Burson-Marsteller France, of which he was President until 2001. In 2003, Jean-Pierre was appointed President of TBWA Corporate, a position he held until 2008 before taking over the Presidency and CEO of April Group International. In 2009, he took part in the creation of the ELAN agency as chairman and partner, until its acquisition by Edelman. He then became vice-chairman of the April Group board.

Jean-Pierre Rousset is also a founding partner of the Thinkers and Doers think tank, which brings together a wide range of economic players, such as business leaders, entrepreneurs and association leaders. 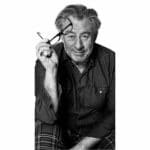 Bruno studied medicine in Lyon Nord and then management at USC – LA, before creating a company specialized in the publishing of designer (Philippe Stark, Patrick Jouin, Caroline Lisfranc…) packaging and promotional objects.

Introduced to taste by Pierre and Frédérique Hermé, this aesthete of art and shoes then devoted himself to the pleasure of eating but above all to meeting producers and craftsmen. A gastronomy expert with Artcurial in Paris, he created the first gastronomy auction in December 2011.

A pioneer of the blogosphere, he chronicled his adventures online at Food Intelligence. He was one of the most influential food bloggers. He was a contributing author to the cultural monthly Trois Couleurs and the high-end fashion and art quarterly Stiletto. He created and hosted with Alain Kruger for four years the weekly program “On ne parle pas la bouche pleine” on France Culture. He also collaborated with the cooking magazine on Cuisine TV as a book critic. He also contributed to Omnivore, reviewing restaurants, products and trends for the guide and the magazine. He was co-programmer of the festival and hosted the “artisan”, “patissier” and “creator” scenes, and the conferences.

After being a journalist, author, TV and radio man, Bruno Verjus took the plunge in 2013, opening his restaurant with a simple but brilliant name: Table, awarded a star by Michelin in 2018. 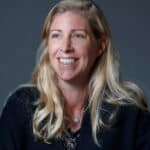 A graduate of Assas and a Master’s degree in business law from the University of Paris-Dauphine, Valentine Baudouin has spent more than 10 years as a lawyer in private practice (Kramer Levin Naftalis & Frankel LLP, Gide Loyrette Nouel), investment funds or private banking (Citi, Banco Santander) in the fields of capital markets, private equity and investment banking, advising regulated companies, particularly in the field of innovation (marketplace, blockchain, ICOs, Fintech, AI).

Following her career as a lawyer, Valentine left the world of law to join the small circle of women business angels and investors before becoming a Partner in the venture studio Founders Future, alongside Marc Ménasé, which combines seed investment activities and a startup studio. Valentine was elected one of the ten women to watch in Tech in 2021 by the Sista collective. 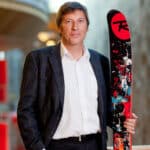 After training as an aeronautical engineer at the École supérieure des techniques aéronautiques et de construction automobile (ESTACA), Bruno Cercley held sales and general management positions in the materials industry (Owens Corning, Atochem, Saint-Gobain) before joining the Rossignol Group, the world leader in winter sports equipment, in January 2002 as Chief Executive Officer and then Chairman of the Board.

The group is sold in 2005 to Quiksilver, Bruno leaving it to take the presidency Europe, Middle East and Africa (EMEA) of Coleman/Campingaz, company specialized in the outdoor equipment which will buy in the 2 years Pure Fishing and the group K2. Rossignol is finally put up for sale in 2008, on the verge of bankruptcy, and bought on November 12, 2008 by a consortium led by Bruno Cercley.

Bruno Cercley undertook to turn around the group, with success: under his leadership, Rossignol was distinguished “best international business turnaround” in 2010 by the “TMA” (Turnaround Management Association) which brings together more than 9,000 professionals worldwide. The Rossignol group is now the world leader in skiing with the Rossignol brand and No. 2 in alpine boots. It has developed strongly in the high quality sports and lifestyle clothing sector and more recently in the world of cycling.

Bruno Cercley has received the insignia of Chevalier de la Légion d’Honneur. He is also an advisor to the Banque de France, a director of the Chartreuse and a sponsor of the association Sport dans la Ville. 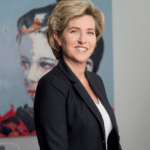 During her 30 years in the Financial Industry, Inès first spent her first 20 years in the Société Générale Group where she held several positions of responsibility including Global Head of Derivatives and Solutions Sales, Global Head of Structured Products and Head of HR for Corporate and Investment Banking. In 2012, she joined Lyxor Asset Management as Managing Director, before being promoted to Chairman of the Executive Board.
Inès then became Chief Executive Officer of Aviva Investors, a position she will hold until 2020.

Inès de Dinechin has been President of the Financial Commission of the French Asset Management Association (AFG) since 2019.

She holds a Master’s degree in Management from Paris IX Dauphine and an MBA in Capital Markets from IEP Paris.