A rocky start for the French presidency of the Council

Throughout the French Presidency of the Council of the European Union (PFUE), Euros/Agency's European Public Affairs (EUPA) team deciphers for you the highlights of this institutional exercise.
#EUPA

PFUE, rotating presidency of the Council: what does it mean?

Since January 1, 2022, France holds the rotating presidency of the Council, a position it will hold for a whole semester, until June 30 of this year.

The Council, which represents the Member States and, like the European Parliament, negotiates European legislations, is led through a rotating presidency held every six months by a different Member State. In a Union composed of 27 Member States, a given country takes this position every 13 years. In addition to the internal organisation of the institution (setting the calendar of meetings, defining agendas and organising internal negotiations), the presidency represents the member states as a whole vis-à-vis the other European institutions, and thus plays a key role in legislative negotiations with the Parliament and the Commission. The importance of this role is particularly apparent in these institutional negotiations, where a presidency can make more progress on certain issues, remain uncompromising on others, and wield  greater influence on the outcome of negotiations. While each State sets a political agenda for its presidency, the importance of this agenda must be tempered, as the files they inherit are already largely determined by the institutional system whose policy decisions are spread over years.

Without being able to define a new political trajectory every six months, which would risk paralysing the EU, the country holding the presidency can nevertheless use this exercise to make progress on certain priorities, to bring its full weight to bear on negotiations between member states – since it becomes the central element – and to show its European partners and its citizens the place it occupies in Europe.

Indeed, the symbolic significance of the rotating presidency cannot be understated: while the voting rules in the Council automatically favour the most populous countries in the Union and the presidency, it only temporarily places the country occupying the latter at the centre of the institutional game, it cannot transform it into the most important voice in the Council. In some respects, the Presidency is more akin to an honorary responsibility, allowing the holder to prove to its partners its efficiency and seriousness, and to its citizens its European vision and importance in the institutional system.

The traditionally French priorities of the PFUE

The PFUE was celebrated with great fanfare from the outset on January 1, with France deciding to adorn several of its flagship monuments with the colours of Europe. However, it was really Emmanuel Macron’s speech to the Members of the European Parliament in Strasbourg on January 19 that marked the beginning of the Presidency. It was an opportunity for Emmanuel Macron to present to the MEPs, the co-legislature counterpart to the Council he presides over, the priorities and ambitions of France for the next six months.

Among the many priorities that France has identified, the most notable is the Carbon Border Adjustment Mechanism. This carbon tax on imports to the European market has been a long-standing battle of French governments, which have always expressed concern that European productions are disadvantaged by demanding environmental standards without such requirements being applied to productions from third countries. In contrast with the traditional understanding  of a market-Europe, which has been very dominant in the recent history of the Union, this border carbon tax was finally proposed by the European Commission last July. This represents a genuine ideological victory for France, and which President Macron has elevated to the status of a priority in terms of climate policy. A political agreement on the old, elusive French vision of Europe would signal a real European victory for Macron, one that is all the more welcome at a time when his potential re-election is at stake.

In digital policy Macron is promoting a French vision for regulating large economic players and creating European champions.. Many of our European partners are sceptical of the so-called European giants, since this often means letting the “big players” – Germany and France – reap the benefits. The two priority digital texts, the Digital Markets Act (DMA) and the Digital Services Acts (DSA), should thus allow Europe to support the emergence of European digital champions on the one hand, while protecting citizens as users of digital platforms on the other.

Democracy and citizens’ rights were also a main topic of Macron’s address to the European Parliament. Recalling his support for the introduction of a right of legislative initiative for the European Parliament – the Commission currently has a monopoly on this – Emmanuel Macron also insisted on the rule of law, which has backslid and deteriorated in Europe, and the new recognition at the European level of fundamental rights such as access to abortion. Behind these pious wishes for democratic renewal are echoes of the ambitions raised in the Conference on the Future of Europe. This conference, which came into being through  the French president’s own vision, is set to conclude in March after two years of debate. With the support of the new German government coalition, which has included in its coalition agreement the translation of this conference into institutional reform, the President reaffirmed such reforms in a Europe that is struggling to function with 27 members and that could eventually be enlarged to include new members.

The PFUE eclipsed to benefit the French presidential election

Despite this European agenda, President Macron’s address to the European Parliament quickly turned into an apparent debate for the first round of the French presidential election. Indeed, a number of political opponents in the European Parliament – including Yannick Jadot, Manon Aubry and Jordan Bardella – took advantage of this unique platform to dissect Emmanuel Macron’s five-year term in office, in a Franco-centric settlement of scores that alienated a large part of the Chamber.

From the very first moments of the PFUE, what many observers had foreseen materialises: in a context where the French presidential election fills French public discourse, the PFUE will be overshadowed by the campaign. How can it be otherwise, when this electoral deadline sets the tone for French public life every five years by determining who occupies the centrepiece of the French political system a figure with such extensive powers?

By ruling out the possibility of modifying the calendar of this rotating presidency, which was set to coincide with the presidential election since the departure of the United Kingdom, Emmanuel Macron has bet on the European cleavage that offered him victory in 2017, to stage his European action, and to tip the scales in his re-election. Campaigning on the PFUE, however, has the mechanical consequence of trading the European debate for a Franco-centric one.

This is exactly what France demonstrated to its European partners during the plenary session in Strasbourg, with the various political sensitivities settling accounts in due form with the President. While it is still too early to predict the impact that the PFUE will have on the French election, we can already measure the weight that the presidential election will have on the rotating presidency. With the presidential debate growing in crescendo as the deadline approaches, the French presidency runs the risk of forever remaining a prisoner of French affairs.

And while France occupies this central role on the European stage for the first time in 13 years, it offers its partners a self-centred political spectacle, eclipsing the European dimension inherent in this exercise. The charge of arrogance to which Europe is often subject unfortunately has a bright future ahead of it. 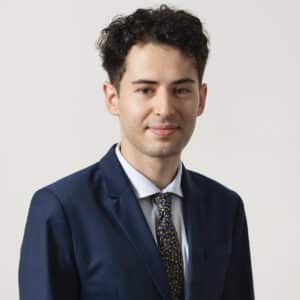 Adviser in the EUPA department

EUROS/AGENCY’S TAKE ON THE WAR IN UKRAINE