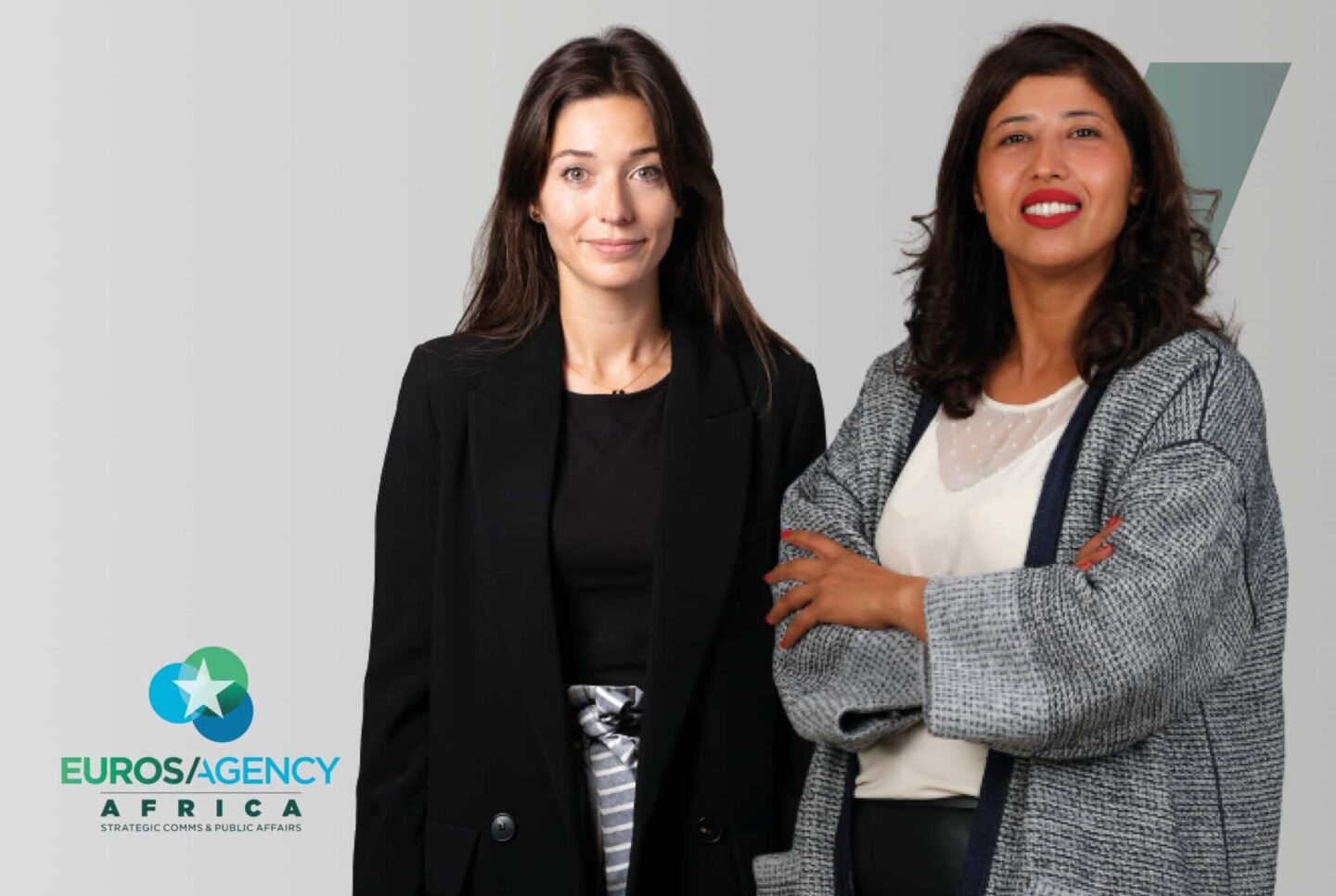 In order to support its growth and strengthen its operational team, the strategic communication consulting agency Euros / Agency Africa announces today the recruitment of its new Director of Development and a Director of Clients.

Lina Ben Hamida, Franco-Tunisian, joins the agency as an account manager after solid experience in consulting in South Africa and in economic diplomacy in Rwanda.

Salaheddine Mezouar, president of Euros / Agency Africa, says “Lamiaa and Lina joined us to add their individuality and talents to a dynamic pan-African collective. Our agency’s ambition is to emerge as a leader in the strategic communication and public affairs sector on the African continent from Casablanca; their recruitment is a new step towards this goal.

Mathieu Collet, president of Euros / Agency group stated “Launched less than a year ago, Euros / Agency Africa is meeting a very strong interest and is developing at a particularly sustained pace. Lamiaa and Lina are two personalities full of energy and talent. With a clearly different offer and the highest standards, we have all the assets to continue and amplify this unique trajectory on the market”.

Euros / Agency Africa, based in Casablanca, has a dozen employees and associated experts, and already deploys its activities in several African countries: Morocco, Senegal, Togo, Ivory Coast, Nigeria, Mauritius or Gabon and the Democratic Republic of Congo in addition to regional pan-African missions.

With an experience of more than 12 years in the media world and more than 5 years in pan-African media, Lamiaa has developed a unique, intelligent and value-added approach to business in Africa.

A Moroccan national, African at heart, Lamiaa began her career by creating and setting up a marketing and communication department within a leading Moroccan media group before moving on to business development and the establishment of win-win partnerships with her partners and clients in Africa and elsewhere.

Lamiaa has had the opportunity to build up an important network through her rich encounters and her accompaniment of the different stakeholders who make the economy of the continent; institutional, governmental representatives, private actors and opinion leaders.

Within Euros / Agency Africa, Lamiaa deploys her understanding of the communication challenges of private and public actors to develop the agency’s clientele.

Lina joined Euros / Agency Africa after experiences in Africa and the Middle East in the public affairs and economic intelligence sectors.

Passionate about the African continent and development issues, she started her career in local civil societies committed to minority rights. She then joined a strategy consulting firm in Johannesburg where, thanks to her field experience, she was in charge of supporting French companies interested in Southern and Eastern Africa in their understanding of local economic and political issues.

Before joining Euros / Agency Africa, Lina was posted at the French Embassy in Rwanda where she participated in the revival of bilateral relations through her missions of economic diplomacy (economic policy, development aid and trade diplomacy) and communication within the chancellery.

Of French and Tunisian nationality, Lina grew up between the two countries. She holds a master’s degree in international development from Sciences Po Grenoble.