Energetic transition: what French and German companies are telling us

What do French and German business leaders think
#CORP #PA 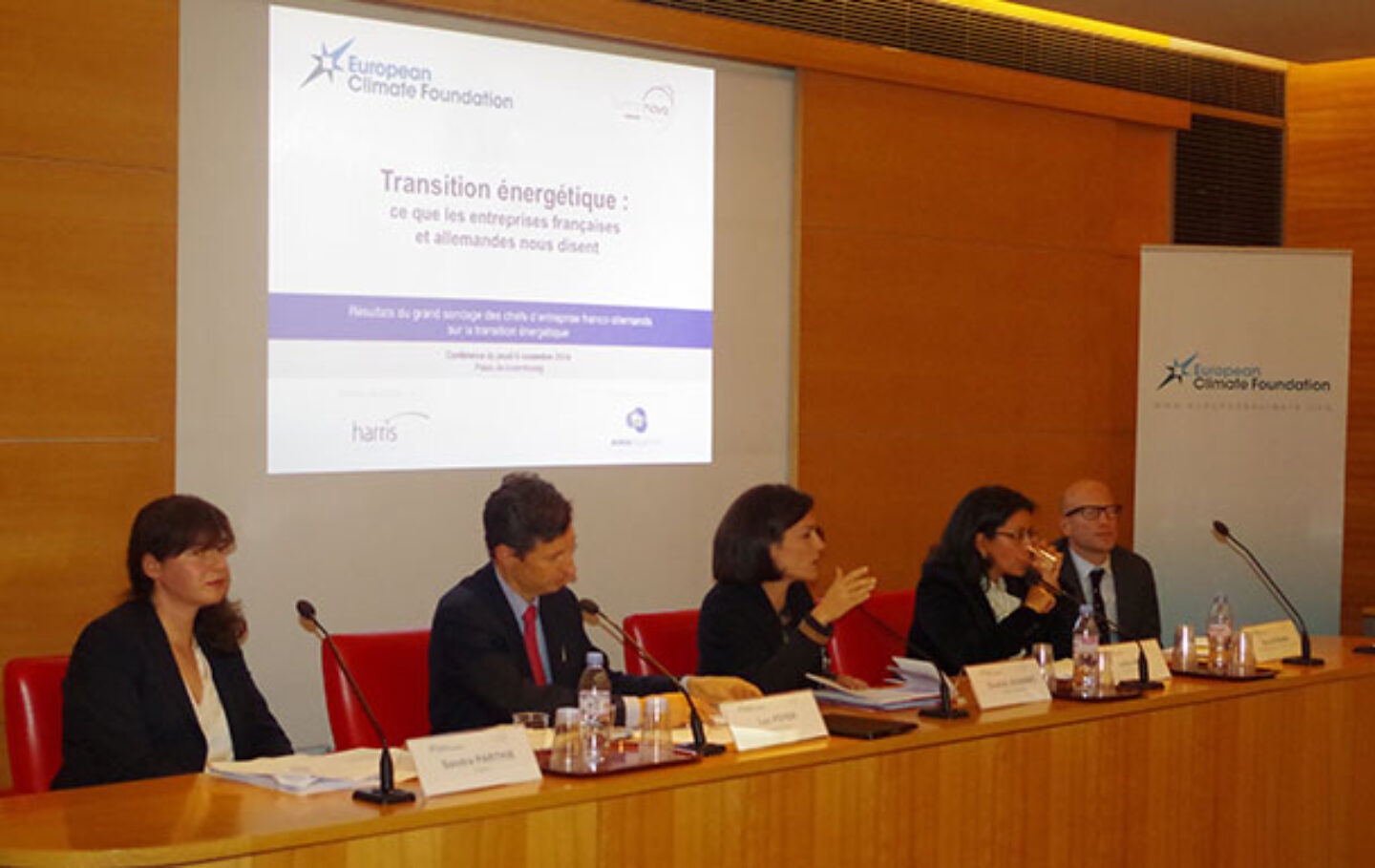 In the presence of nearly eighty business leaders, decision-makers, politicians and opinion leaders, Stephen Boucher, Program Director for ECF, presented the results of this groundbreaking study conducted by Harris Interactive Institute among 1,000 business leaders in France and Germany, before handing over to Jean-Daniel Levy, who leads the Policy and Opinion Department. Both stressed the convergence between business leaders on both sides of the Rhine, particularly the shared feeling of having to act urgently in favor of the energetic transition.

It is this common awareness that Chantal Jouanno, UDI Senator from Paris and former Secretary of State for Ecology, highlighted when she stressed, in her capacity as a member of the deciphering panel, that «business leaders want concrete action; their willingness to cooperate is formidable». Before adding that this study would allow «to deconstruct point by point the arguments of the opponents (to the energy transition) who regularly express themselves in the hemicycle».

Managing Partner of the Terra Nova think-tank, Thierry Pech was also surprised to discover «so many convergences between French and German entrepreneurs (…). We must not question the sovereign choices of our two countries, but many agreements are possible on the research, storage and network front».

Sandra Parthie, Alstom’s Director of European Regulatory Affairs, and Luc Poyer, Chairman of the Management Board of E.O.N. France, welcomed a study of «high quality» and stressed the importance of the implementation of a functional carbon market: «we need a strong signal on this point, in order to have visibility» insisted Luc Poyer. For her part, Sandra Parthie pointed out the need for stability and consistency in political choices, an essential condition for business leaders’ confidence in government action. For Sven Rösner, Deputy Director of the Franco-German Office for Renewable Energies: «A regular dialogue has been established between France and Germany, which has been proven efficient, but we can go much further».

The EELV Senator from Paris, Leila Aïchi, concludes by emphasizing that 40% of the defense budget is now devoted to energy spending: «In France, we cannot imagine an energetic transition without consulting the military. Moreover, they are very sensitive to this subject and know that our independence is at stake».

Find the complete results of the study

Reminder of the conference program