CAP ON 2022 : The French Presidency of the European Union and the presidential campaign concomitance, what are the impacts?

On the 1st of January 2022, France will hold the rotating presidency of the Council of the European Union, and will strive to instill its objectives of ‘Recovery, power, belonging’. Based on a common programme developed together with Czechia and Sweden, France will shoulder the responsibility to push the EU’s strategic agenda forward during six months.

While this responsibility represents a key opportunity for France to consolidate political power at European level, this won’t be without its challenges as it comes at a time when the campaign for the French presidential election will reach its climax.

Making sense of Europe to citizens is no new endeavour. Emmanuel Macron was elected in 2017 on a platform to push forward European integration and make France the architect of the Europe of tomorrow. During his presidential term, Macron has initiated several projects on European citizenship, and has consistently placed the EU at the heart of his discourse and ambitions.

Nonetheless, the disinterest, or even the distrust that French citizens manifest towards European integration remains strong as ever. According to the Eurobarometer, in 2020, 57% of French people reported not trusting the European Union. The French presidency, beyond the geopolitical and political challenges that come with it, therefore constitutes a democratic challenge. In this context, France has made its mark on its presidency by launching on the 9th of May the Conference on the Future of Europe, a major democratic act to jumpstart France’s presidency in Brussels.

While the upcoming French regional elections are considered to be the last test before the presidential election, the presidency of the Council of the European Union will be Emmanuel Macron’s last card to give new impetus to his presidential bid and sway electors:

Presidency of the Council and presidential election, what are the links?

Since his entry in office in May 2017, Emmanuel Macron already presented himself as a European president, celebrating his victory at the Louvre with the EU’s anthem Ode to joy accompanying his entrance. Having beaten eurosceptic Marine Le Pen in the polls, Macron received a positive welcome from his European peers, with the promise of a new  momentum for Europe. On the 1st of January 2022, Emmanuel Macron will be both President of France, and ‘president’ of Europe.

Though some fear that running a presidential campaign and a European presidency may lead to a lack of focus, Emmanuel Macron, on the contrary, sees it as an advantage. But can this figure of a pro-Europe president be the key to convincing the French electorate? As France steps out of a public health crisis, many issues will emerge, with a colossal recovery plan and unprecedented climate ambitions in the works. If Emmanuel Macron sees this concomitant agenda as an advantage, it is the French electorate that will have to be convinced, a challenging task from his bully pulpit in Brussels.

A dual presidency, a risk for the European Union?

This presidency will leave its mark on the presidential bid of candidate Macron, who will use the European stage as a sounding board for May 2022. In Brussels, he will be able to personally commit on key files related to the environmental and digital transitions, all the while intensifying his public appearances and campaign messaging. But for how long can he afford to play away from home? Just a few months after the start of the French presidency, the incumbent president will have to realign his focus with national politics, leave Brussels and return to Paris in order to keep his seat in the Élysée, and with it, the last months of the French presidency of the Council.

By refusing to postpone the French presidency, Emmanuel Macron made the choice to use the European stage to weigh in favour of his reelection. The institutions of the French Fifth Republic give the central figure of the President the power to reign on the political arena, and the presidential elections every five years punctuate the electoral cycle bringing it to its climax. In this context, it is hard to believe that the French presidency of the Council will not be opportunistically used for political gains, at the detriment of a more calmer presidency. The Europeanisation of the French presidential campaign will most likely make way for a Gallicisation of European challenges, with a European political stage coloured by the political ambitions in France.

How will the electoral context influence the main priorities of the French presidency?

For every country holding the rotating presidency of the Council, this rare step into the limelight is a chance to promote the action and vision of the current government towards its European allies. Though the priorities of the French presidency have not yet been formalised, the main concerns have already been made public, under the motto ‘Recovery, power, belonging’.

Due to the global economic context, France has made the economic recovery a priority. Though negotiations on key files linked to the recovery will take place during the French presidency, such as the introduction of new EU own-resources, the current flagship EU policy, the recovery plan, has already been agreed upon. However, following a titanic American recovery plan which dwarfs the EU’s more modest equivalent, and the prolongation of lockdowns in Europe taking their toll, France has its sights set on championing a second EU recovery plan spanning the upcoming decade. In line with the European agenda, the recovery will place the green and digital transitions at the heart of its ambitions.

The affirmation of Europe as a global power has long been a French aspiration, seeing in the EU a means to self-assertion on the global stage, in a context where France has been downgraded to the status of middle power facing geopolitical giants. This vision was not always shared amongst our allies, some of whom were all too happy to rely on American hegemony to deepen a purely economic Union. America’s retreat into itself during the Trump years, the increased polarisation of international relations, and the decline of multilateralism have since reversed the inevitability of this trend. While the European Commission fancies itself a ‘geopolitical’ actor, and whereas the concept of ‘strategic autonomy’ permeates trade and industrial policies, France intends to use its presidency to push forward the consolidation of a unified European geopolitical power.

Finally, ‘belonging’ takes on a particular meaning as Europe graduates from a period of infighting and intense negotiations on the exit of the United-Kingdom, and as opposition to the European Union personified by Marine Le Pen in France threatens the reelection of President Macron. The notion of belonging will notably be symbolised by the Conference on the Future of Europe, that the French Presidency intends to conclude, and that President Macron had inspired.

Without a doubt, there is hope at the Élysée Palace that the feeling of belonging in Europe will translate on election day to the reelection of the President over his main opponent Marine Le Pen, in a recreation of the 2017 presidential run-off which ultimately came down to a choice between further European integration and disengagement from Europe.

Far from being a mere institutional formality, the French presidency of the Council of the EU will play an important role during the presidential election. The presidency, which will focus on the main problematics of our time and acute French political divides, will surely be both a showcase of Europe to the French electorate and a reflection of France on the European stage. 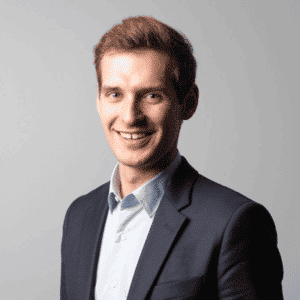